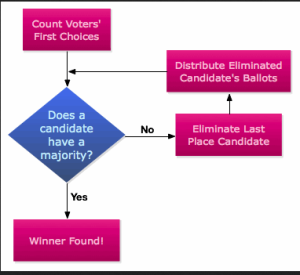 I remain stunned that the body charged with suggesting improvements to NZ MMP has not suggested Preferential Counting of Electorate Seats. We could have the same counting for the Party Vote too and avoid the “wasted votes”.

A simple short term solution to the rorts (until we get proportional representation in Electorate Seats) is to count Electorate seat votes under a Preferential Counting system.

There are variations on the theme of course. Voters could number their own preferences, but that would not be as simple. Personally if I give my vote to my favourite candidate then I would trust them to distribute my vote if they don’t get elected.

In NZ we could call it “end the stupid rorting charade”.